Crude Oil Refineries in Singapore – All You Need To Know

With a total crude oil refining capacity of 1.5 million barrels per day (bbl/d), Singapore has become one of Asia’s most important shipping cities and is frequently recognized as one of the world’s top oil refining and trading hubs. Working in Oil refineries is dangerous but it is also one of the most active work sectors in the World.

What does Crude Oil Refinery mean?

A Crude oil refinery is a manufacturing facility that converts crude oil into useable petroleum products including diesel, gasoline, and heating oils. Distillation is the initial phase in the refining process, in which crude oil is heated to extremely high temperatures to separate the various hydrocarbons. Following the actual extraction of crude oil upstream, crude oil refineries serve as the second stage in the crude oil production process. Refinery services are regarded as a downstream part of the oil and gas business.

How do Crude Oil Refineries work?

Crude oil refineries play a crucial role in the extraction of other components of crude oil by-products. Once separated, the crude oil components can be supplied to a variety of industries for a variety of uses. Lubricants can be sold to industrial plants right after distillation, but other compounds require considerable refinement before they can be sold to the end customer.

To hedge their exposure to crude oil prices, refineries and oil dealers use the crack spread—the gap between production cost and market price—of various petroleum products in the derivatives market. The actual selling of petroleum products to other firms, governments, or private persons is included in the downstream stage.

Refineries also manufacture more than a dozen different petroleum products. Petroleum refineries produce liquids that are used by the petrochemical sector to create a wide range of chemicals and polymers.

Singapore is also the regional headquarters and market leader for high-end floating production, storage, and offloading (FPSO) conversions and jack-up rigs manufacture. In recent years, the oil/gas, and petrochemical industries generated US$60 billion in output. But this is likely to fall because of fluctuating oil prices, unexpected sicknesses, and worldwide geopolitical difficulties. If American companies are patient, they can continue to identify export prospects in Singapore and the region.

Companies will need to spend extensively on new technology, including digitization, to better define and develop prospective reservoirs while maintaining output for mature fields, given the industry’s changing landscape. Despite the global economy’s persistent uncertainties, Asia is likely to lead rather than follow in terms of energy consumption in the next few years.

Many refining, hydrocarbon and gas processing, and petrochemical facilities are underway or planned throughout Asia due to long-term demand for petroleum and petrochemical products. Chemical engineering systems, LNG equipment, oil and gas processing equipment, and pipeline engineering technologies are predicted to have the best chances in the years ahead.

Because of its strategic location, Singapore has the potential to become a major regional natural gas hub for Southeast Asia. Myanmar and Thailand, Malaysia and Thailand, and Indonesia and Singapore all have or are constructing international links. Countries are attempting to lessen their reliance on crude oil, as Asia now consumes almost half of global LNG supply and is anticipated to continue to do so in the future.

Asia presently consumes almost half of global LNG supply and is anticipated to consume two-thirds by 2025, putting pressure on countries to lessen their reliance on crude oil. As a result, over the next five years, global LNG output is expected to expand by more than 80% to around 280 million (metric) tons per year.

The ExxonMobil operated Singapore refinery, which is located on Jurong Island; and has a capacity of 592,000 barrels per day, is the country’s largest refinery. The development of new hydrants is part of the ongoing expansion project at the Singapore refinery.

The construction of new hydro-processing conversion units and a sulfur recovery plant. As well as the installation of a hot oil system, new interconnecting pipelines, and supporting infrastructure are all part of the current expansion project at the Singapore refinery.

Crack spread is a trading strategy for establishing a refining margin in energy futures. One of the most important indicators of oil refinery revenue is crack. Refining firms might use crack to protect themselves from the dangers associated with crude oil and petroleum products. A trader can achieve this by buying crude oil futures and selling petroleum product futures at the same time.

The Nelson Complexity Index (NCI) is a measure of an oil refinery’s sophistication, with more complicated refineries; being able to create lighter, more refined, and valuable products from a barrel of crude. An oil refinery employs a significant number of people and operates 24 hours a day, 365 days a year. Each year, refineries go offline or stop operating for a few weeks to perform seasonal maintenance and other repairs. A refinery can take up as much space as hundreds of football fields. The Koch Pipeline Company, among others, is a well-known oil refining company.

Crack spreads can also be influenced by the amounts of petroleum products produced by a refinery from crude oil. Asphalt, aviation fuel, diesel, gasoline, and kerosene are examples of these items. In some circumstances, the proportion produced varies depending on market demand. The product mix is also determined by the type of crude oil treated. It’s more difficult to convert heavier crude oils into lighter products like gasoline. The ability of refineries that use simpler refining procedures to create products from heavy crude oil may be limited. 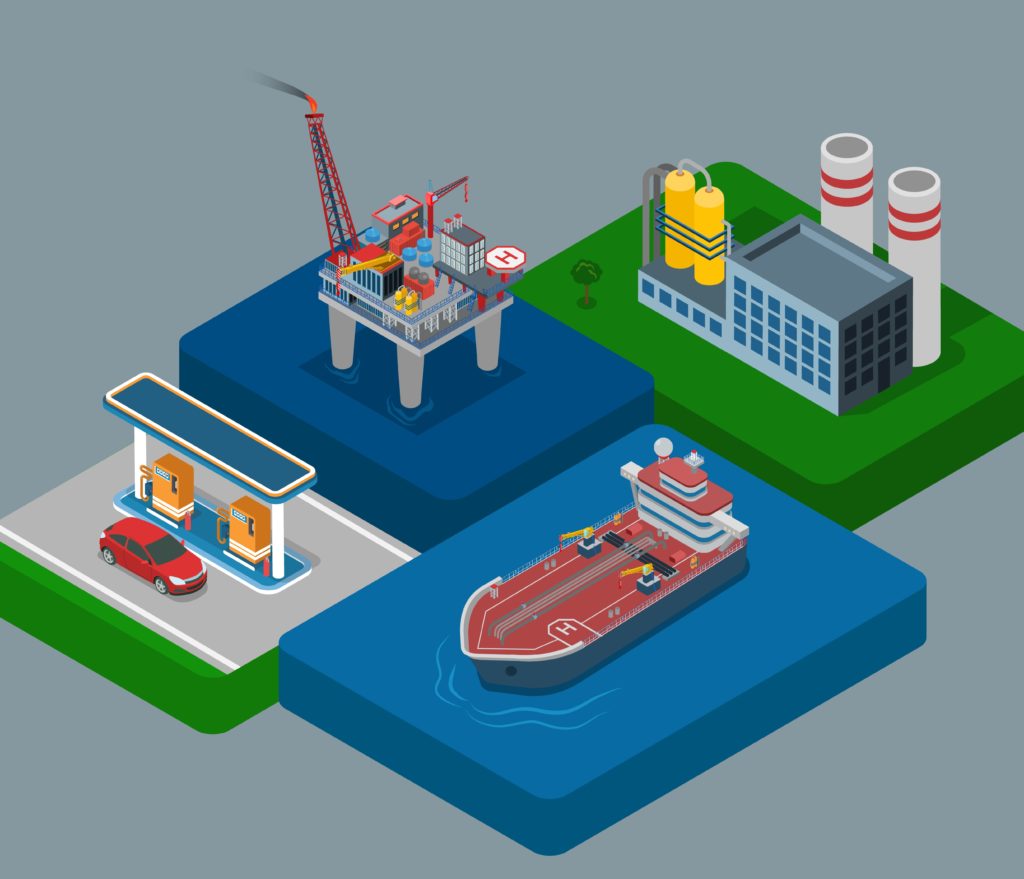 Have you ever seen delayed payments and disorganized reports as a company owner, bad comments from customers, and other trouble? If you have, then…